While the town of Ikebukuro in west Tokyo is interesting in its own right, many people don’t know there is a vast + interesting underground area below the city.

Most of it is shopping, of course, including the mixed-use Sunshine City at the east end.

But there are loads of other goodies to be discovered beneath the streets – including the ISP and Echika centers. On the west side of the station is a street entrance to TOBU Hope Center – an oddly named shopping area underneath the station which extends southwest into the basement of the TOBU department store (depato, in Japanese).

One can spend hours under here roaming around, so next time you’re in Ikebukuro, check it out.

At the very east end of the town is the oddly named Sunshine 60– the tallest building in Ikebukuro, but underneath, to the east of the actual building is an an underground shopping mall called Sunshine City. The place is vast and you can walk around for hours and not see it all. The entrance is just on the east end of Sunshine 60 Street, on the south side of the street.

As a historical footnote, at the end of World War 2, Imperial Japanese Army General Hideki Tojo was executed at the site where Sunshine 60 now stands. The building is said to be haunted by many Tokyoites, and several Japanese have committed suicide by jumping from its rooftop.

Entrance to Sunshine City @ the east end of Sunshine 60 Street.

ISP entrance across from JR Ikebukuro Station. The large Bic Camera is straight ahead.

TOBU Hope Center extends below the west side and under the central part of the station. There are 2 entrances: one just outside the west exit (directly across from the JR Service Center), and one inside the station. While not as upscale or elegant as Sunshine City or ISP, it’s still worth a look.

There is also a separate food basement (depachika) in TOBU which is quite good.

There are also a lot of coin lockers near the underground entrances to Hope Center.

Perhaps the best + most upscale of the underground supermalls in Ikebukuro is ECHIKA Ikebukuro – another vast and upscale mall. There is a long food court tunnel which has endless smaller food shops as well as a larger mall area. Definitely check this one out.

A must see in the Echika food court corridor is Mr.WAFFLE. Some of the best waffles in Ikebukuro – a definite must-try.

On the west side, the ECHIKA complex also extends to the Esola complex, which also has a Metro entrance just outside, although underground you have to walk 2 long empty tunnels to get to it.

As a footnote, most of the Metro subway line platform entrances are in the ECHIKA Ikebukuro floor level underground.

Esola complex on the west side of the station. Note the Metro entrance.

West side of JR Ikebukuro Station. The TOBU Hope Center entrance is on the right.

East side of SEIBU Ikebukuro Station.

There is also a complete 3rd-party Ikebukuro Guide site.

Another quick tip is if you find Ikebukuro Station crowded, you can go downstairs below the normal station level and walk underground in nearly empty tunnels, all of which have signs for platforms + station exits. There’s almost never anyone in the tunnels.

If you’re ever in Ikebukuro, be sure to drop below street level and check out a whole hidden world full of delights.

We’ve updated the blog to the latest WordPress 5.8. 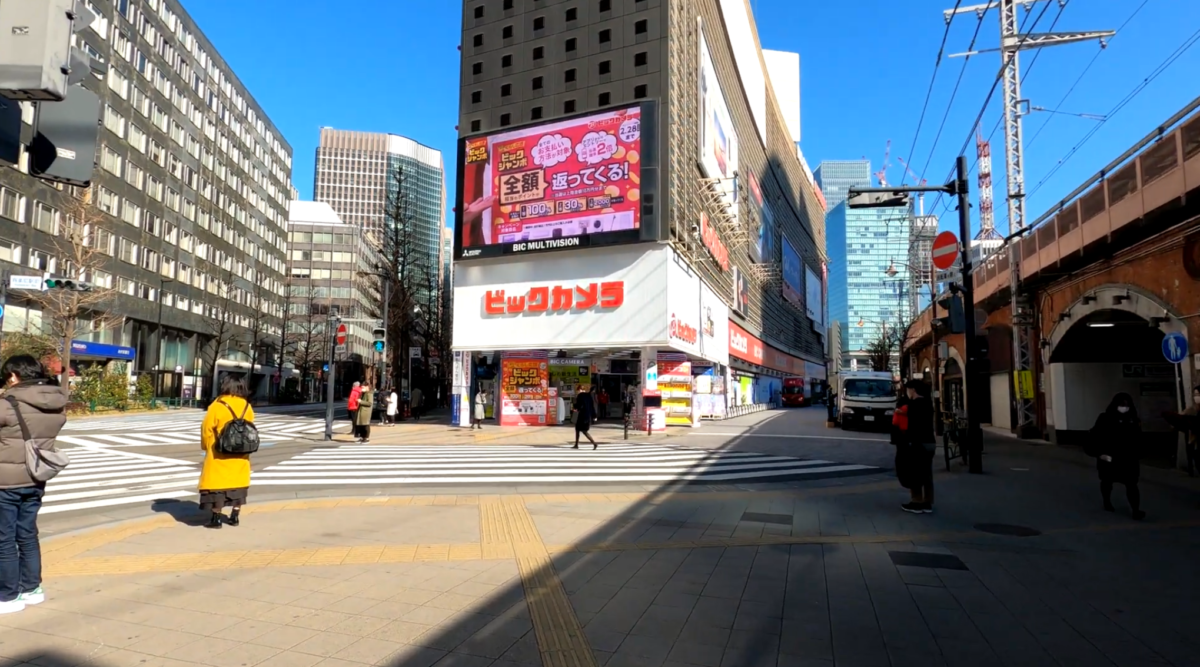 Mitsubishi has announced it will redevelop an area in Yurakucho in Tokyo.

“The statement suggests that many of the specifics remain to be decided, except that the new constructions will become “flagship buildings of Mitsubishi Estate that will lead the restructuring of the area.” 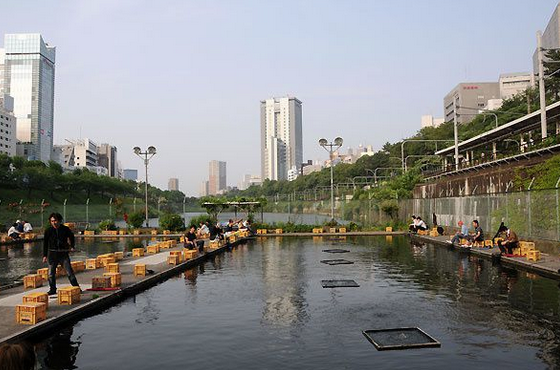 Take the JR Chuo Line or the Metro Namboku, or Yurakucho Line to Ichigaya Station. Interestingly, the JR platform sits right on the bank of the river.

Ichigaya is a small, non-descript town on the east side of Tokyo. Its name means Market Valley. It’s a less-well maintained area and is seen by some in Tokyo as a lower-class area. But it’s worth a look around on a nice day – and it’s close to central Tokyo.

Ichigaya is at the very west end of Yasukuni-Dori. Just to the northeast is the controversial, but very interesting Yasukuni Shrine.

Perhaps the most well-known attraction in Ichigaya is the Ichigaya Fish Center – where many Tokyoites spend weekends or holidays fishing in the center’s small ponds. It’s a popular spot for families with small children.

There is also a popular bridge in Ichigaya which has some nice cherry blossom-viewing areas in the spring.

Just at the south end of Ichigaya jammed in next to the river is Sotobori Park – a small park with a sitting area, tennis courts, a baseball diamond, and a commercial fitness gym at the south end.

Ichigaya is also home to Chuo University + Hosei University, the later of which was recently remodeled – and which is more popular with international students.

While in the area you can also drop in at Iidabashi just to the north and check it out – which is also worth a look. Also just to the south down the main street is Yotsuya – which is well worth a quick walk. Yotsuya is home to Sophia University, and is just north of the interesting Akasaka. You can also jump off from Yotsuya to the west to Shinjuku fairly easily, although it is approx. 8 miles away. You can take the subway from Yotsuya Station on the corner to Shinjuku easily.

Also of note is Japan’s Ministry of Defense HQ just to the west.