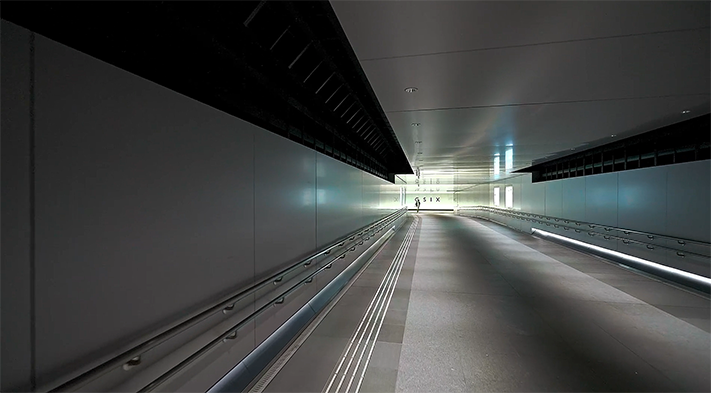 Photos may take a while to load.

New Hibiya is an underground, little-known vast complex of shopping, stores, food, passageways, and other venues underneath Tokyo’s city streets stretching from Hibiya on the west and all the way to Ginza Six on the east. The labyrinth runs for blocks and it’s easy to get lost.

But it’s definitely worth a look.

As part of the train renovations for the 2020 Olympics in Tokyo, the entire underground complex has been totally rebuilt + refurbished. You can easily spend an entire day or more here and not see it all. Best of all, it’s right in the middle of Tokyo.

Many people don’t know all this even exists under the streets.

Be sure to see our other post on Hibiya itself – the above-ground district just southeast of the Imperial Palace.

As the Metro map shows, Ginza Station itself is a vast underground maze of staggering size. There are 3 different Metro lines in the station, and New Hibiya wraps all around the entire station and to Hibiya to the west. Note that there is no one central street-level Ginza Station – the entire thing is underground.

The Hibiya area itself is just east of Hibiya Park, and Ginza is just to the southeast.

A Maze of Underground Tunnels

Well, that’s it for now. If you’re in the area, pop down into New Hibiya and prepare to be astonished.

Heading down from a street portal into the subway tunnels.

The basement entrance to Tokyu Plaza.

Get ready to climb stairs – everywhere.

A view at street-level in Hibiya.

Metro portal on the left in Hibiya.

Another Metro portal at street-level.